SUNDAY saw the opening match of the Juniors Spring Series, with 13 anglers aged 8 to 15 taking part. Abilities ranged from complete novice upwards and all caught, but bites were at times hard to come by.

The highlight of the day was one-to-one coaching from top angler Andy May.

Andy spent time with everyone in the match, going through their rigs and the fishes feeding habits.

In the match Kyle Hickman benefited most from Andy’s coaching with a net of tench, crucian carp and silver fish for 10lbs 4ozs 0drs.

Second was James Mayer in his first match with 4-3-0, while third place went to Connor Higham with 3-4-0 including a specimen roach at 2-2-0.

Conor Lindley with 2-11-0 and Alex Warham with 2-2-0 made up fourth and fifth places and all are looking forward to the next event which takes place on Sunday.

Serpentine Pool has been delivering the goods once again for our members, with Greg Winstanley landing his first Lymm fish since joining the club in January.

Greg spotted the tell tale sign of fish activity and casted in, dropping 10 baits over the spot.

Within five minutes his bobbins started rising and he struck into a mirror carp which tipped the scales round to 12-5-0.

Greg has promised to return soon for the bigger specimens.

Paul Backhouse had been fishing hard for his first Lymm 20lb fish, but an overnight session at Belmont Pool saw him catch no less than two large mirror carp weighing 25-0-0 and 26-0-0 respectively.

He topped the session up with another two specimens at 14-0-0 and 19-0-0. Paul put his change of fortune down to his daughter, who accompanied him for the session, as being a good luck charm.

Mike Whewell was also chasing his first 20lb carp and was duly rewarded with a fine specimen of 20-3-0 out of Serpentine Pool, also on the Belmont Estate. 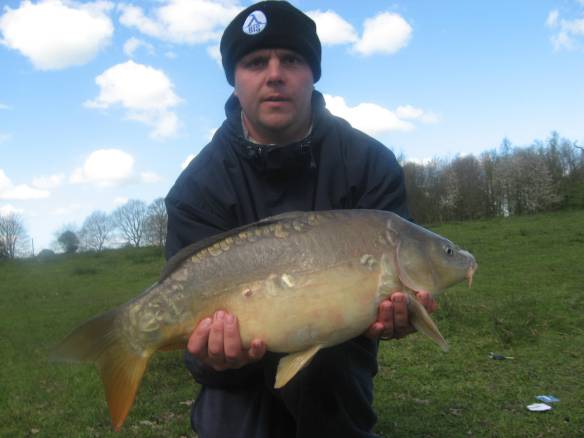 Mike then rounded off a perfect week’s fishing with a return session on Yew Tree Pool with the ‘young-un’ and had three carp to 11-0-0.

Mike Quinn braved torrential rain for a five hour session on Belmont Pool and was duly rewarded with a feisty 18-0-0 mirror carp.

Mike then returned a few days later for an overnighter with Ash and had a great evening bagging his previously best PB known as ‘Bretts Fish’ but this time getting a great photo thanks to young Ash.

A night later Bretts fish was gracing the banks once again, this time a new PB for Rob Millar at 28-2-0, well done Rob no wonder you were smiling the morning after!! 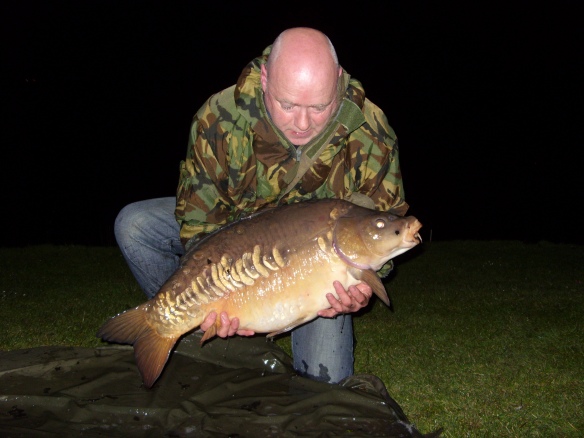 Finally, the club are pleased to announce the launch of their new website, which showcases all the club’s waters and what members can expect to catch. It also includes news and events and can be found here.