Round 6 and the final match of the winter series was held on Oasis and Poplars Pools at Hampton Springs Fishery today.  Overnight the temperature had fallen to below zero resulting with a frost and although we had clear blue skies and bright sunshine with the breeze it remained cold.  Eleven anglers turned up today including John Davies (Fred) fishing his first match.

Going into the match it was close for the top three places especially with £50.00 going to the winner £40.00 to second  and £30.00 to third place. Peter Howard and Geoff Burgess were battling it out for third place whilst John Osborne and Mark Davies were tied on 7 points for 1st and 2nd place.  The match was split with six on Poplars and five on Oasis paying the top two on each pool. The points would be split as a separate match on each pool, as it happened Peter and Geoff were drawn on Oasis whilst John and Mark were on Poplars.

The match on Oasis was won by Geoff Burgess who got off to a flying start and never looked back dobbing bread across to the island from peg 5 catching quality carp and F1s, thus ensuring third place in the series.  Jimmy Byrne finished in second place on the pool with a mixed bag of fish from peg 11 including crucians, tench, roach, skimmers and F1s.

The match on Poplars got off to a eventful start with Fred hooking a descent carp which snapped the top kit of his pole however, Fred still managed to land the carp😳.  The battle for the series between John and Mark was all even after the first hour except for a couple of descent perch caught by Mark. 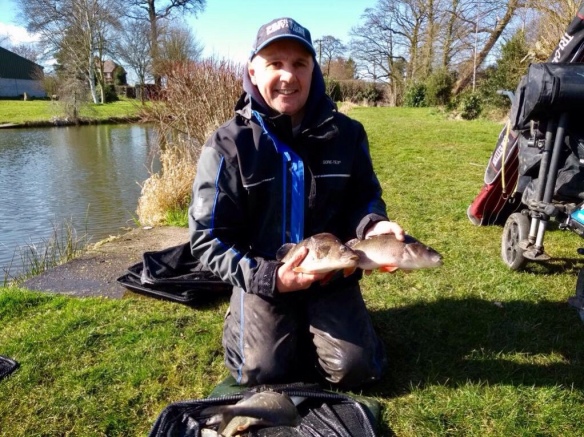 Eventually Mark came out on top as he managed to catch carp and F1s from his margin on corn including a 13lb 3oz specimen to win the series with a perfect 4 point score. 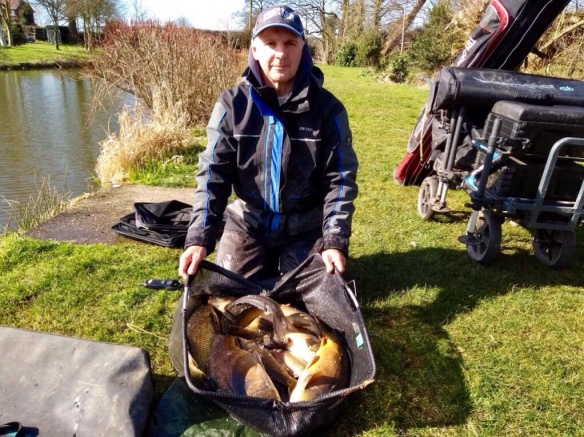 <<<<<<<<<<
ohnson ended the series on a high with a catch of carp caught down the edge and across to the island on the Pole to take second place on the pool.< 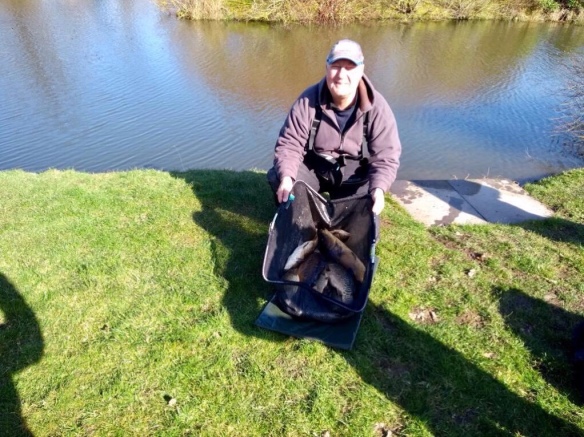 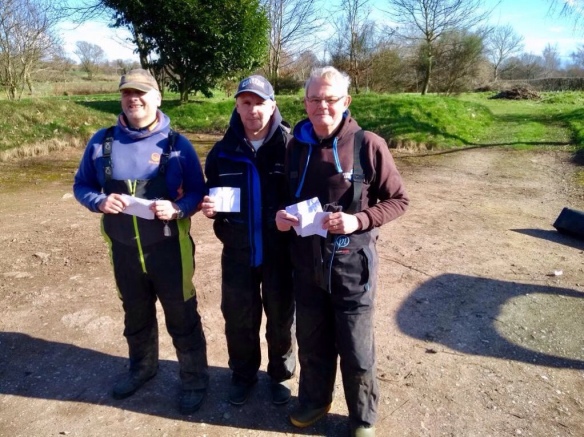 The match was also the last one run by  me and John as it’s time for us to move on to pastures new!  However, we would like to thank the club for supporting the match section and to all the member who have fished the matches especially the diehards.< strong>We’ve enjoyed our time running the matches and have made some good friends, most of all though we have had some really good laughs with Geoff and Peter keeping us entertained!😃